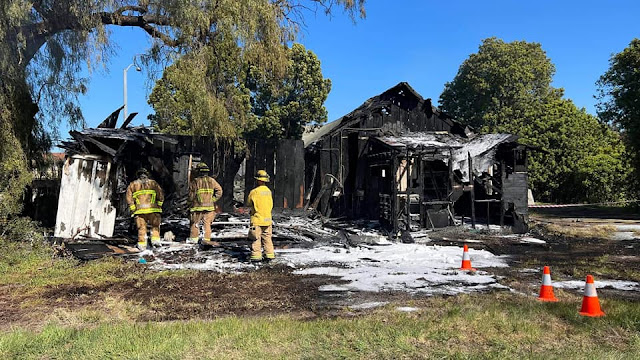 ABOVE: The scene at Historic Wintersburg after firefighters put out the fire. The 1910 Wintersburg Japanese Mission is standing at right, the south end charred, and the 1910 Manse is at left in front of the firefighters. (Photo courtesy of Patricia Singer, February 25, 2022) © ALL RIGHTS RESERVED 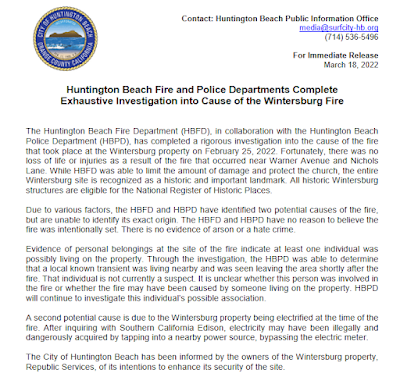 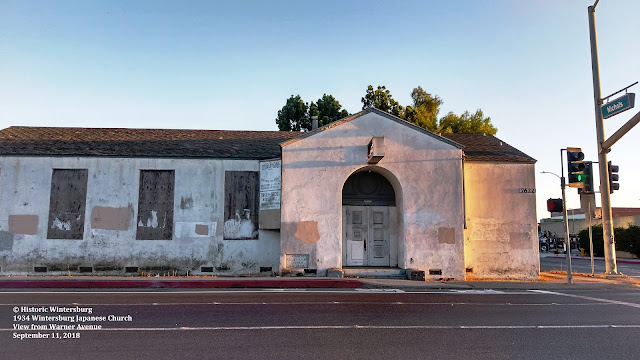 ABOVE: The 1934 Wintersburg Japanese Church at the intersection of Nichols Lane and Warner Avenue is in the Spanish Revival style with an engineered interior structure old-growth redwood. The Historic Wintersburg property was under the ownership and stewardship of Republic Services at the time of this photograph in 2018 and currently remains under their ownership. (Photo, M. Urashima, September 11, 2018) © ALL RIGHTS RESERVED

In the above image, the front door to the 1934 Church has been vandalized. The building shows patchy and mismatched painting over tagging. Volunteers offered numerous times to Republic Services to help repaint the building and remove trash around the exterior of the property. 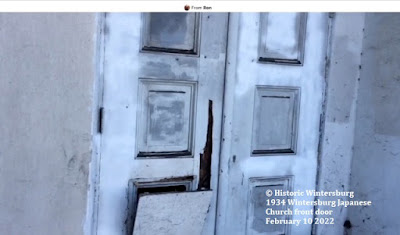 The front door to the 1934 Church building was vandalized again more severely in early February and notification was sent to Republic Services and the City of Huntington Beach on February 10, 2022, requesting the front door be boarded over to prevent further damage. This notification two weeks before the February 25 fire included ongoing and reported concerns about vandalism, trespass, lack of security, and lack of maintenance being a fire risk at the property. 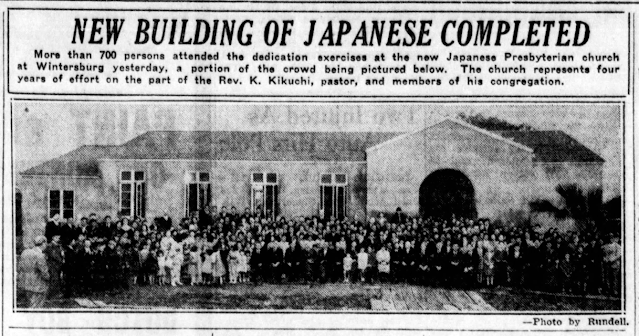 ABOVE: The 1934 Wintersburg Japanese church upon its dedication in Wintersburg Village, following four years of fundraising and construction during the Great Depression. (Santa Ana Register, December 10, 1934)
© All rights reserved.  No part of the Historic Wintersburg blog may be reproduced or duplicated without prior written permission from the author and publisher, M. Adams Urashima.
Posted by Surf City Writer at 12:25 PM 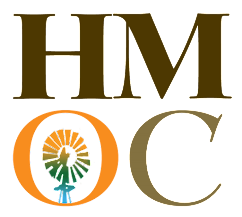 FREE PHONE APP: FIND THE HISTORY AROUND YOU