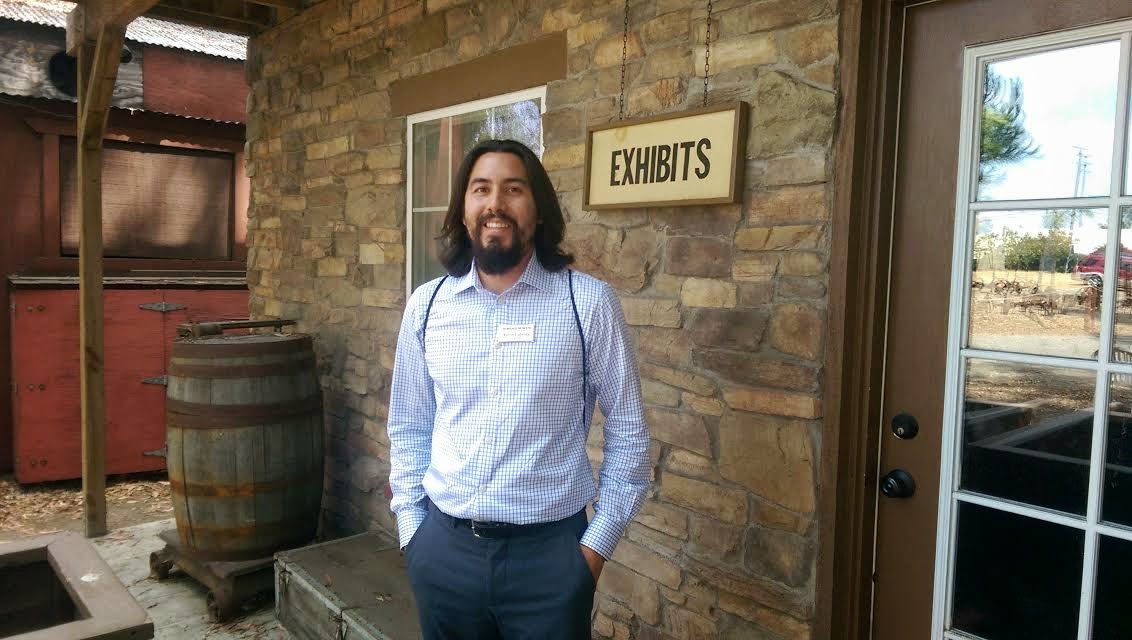 Meet author of Historic Wintersburg in Huntington Beach (History Press), Mary Urashima, for coffee and a book discussion in the historic Carriage Barn at the Heritage Museum of Orange County this Saturday, May 2.  The event starts with coffee at 9 a.m., with the presentation at 10 a.m., followed by a book signing.

The Heritage Museum of Orange County is located at 3101 W Harvard Street, Santa Ana, California, just west of South Fairview Street, with easy, free parking next to the Museum.

Stroll the historic plaza featuring buildings from the 1890s, floral gardens and citrus groves that recreate the old Orange County landscape on the Museum's 12-acre property.  Heritage Museum also has a new urban garden, the Gospel Swamp Farm, where they grow organic food for market.

Learn more about Orange County's Japanese pioneers, see images not included in the book, and get an update on the preservation effort as Mary Urashima joins the Heritage Museum's Speaker Series 2015.  Books will be available for purchase.  For more information call the Museum at (714) 540-0404, or visit their website at http://heritagemuseumoc.org/

© All rights reserved.  No part of the Historic Wintersburg blog may be reproduced or duplicated without prior written permission from the author and publisher, M. Adams Urashima.
Posted by Surf City Writer at 1:24 PM No comments:

Our American Family: The Furutas of Historic Wintersburg on PBS nationwide in May 2015 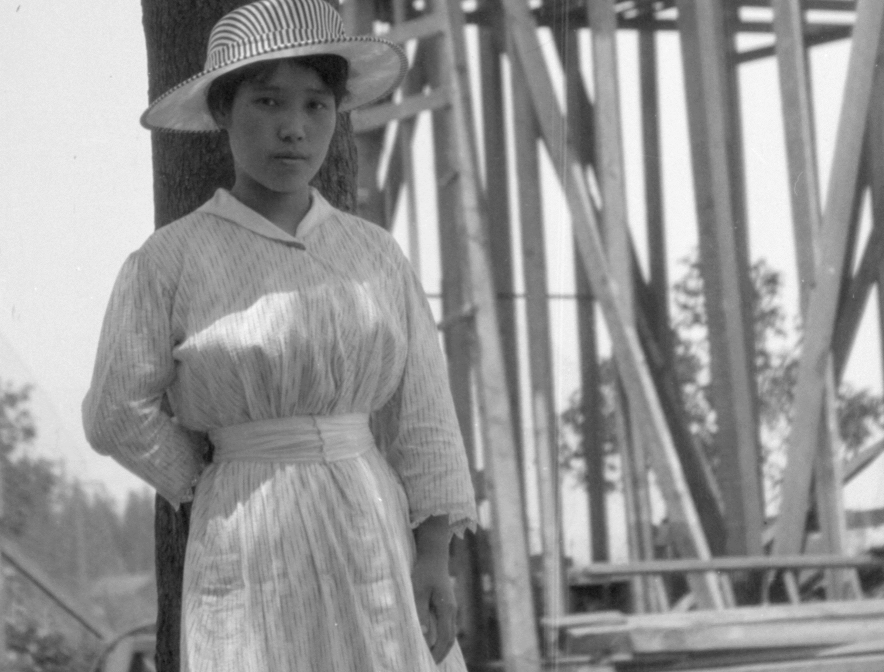 ABOVE: Yukiko Yajima Furuta, circa 1913, at the Cole Ranch in Wintersburg Village within a year after her arrival in America and 13 years after Charles Furuta's his arrival.  The Cole Ranch---where Charles Mitsuji Furuta found work---was located where Huntington Beach's Ocean View High School is today at Warner Avenue and Gothard Street.  At the time this photograph was taken, California had passed the Alien Land Law which would have prohibited them from owning their farm purchased five years earlier.  The Furutas had yet to face the local impact of World War I, the Spanish Flu, the earthquake of 1933, and the forced evacuation from their land in 1942. (Photograph courtesy of the Furuta family) © All rights reserved.


"I think nothing would please him more than to know that his family would be a family chosen to be featured in Our American Family."
~ Norm Furuta, Our American Family: The Furutas, speaking of his grandfather, Charles Mitsuji Furuta, Japanese pioneer who worked to gain his American citizenship for more than half a century.

A two-year effort with research and assistance from Historic Wintersburg, Our American Family: The Furutas will share the first-person history of Japanese pioneers who helped settle Orange County, California.  Nationally, May is Asian Pacific American Heritage Month. 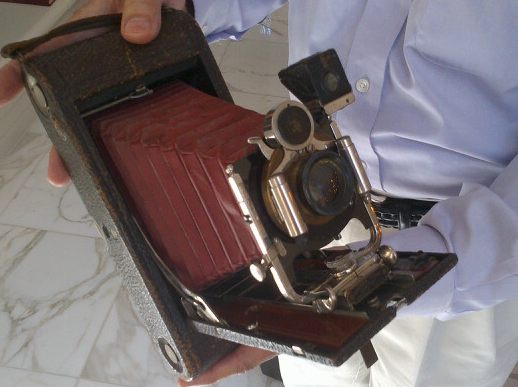 LEFT: The camera belonging to Charles Furuta, with which he photographed many of the images used in the book, Historic Wintersburg in Huntington Beach, and in the PBS program, Our American Family: The Furutas.  The camera, purchased circa 1912, survived the family's forced evacuation and confinement during World War II. (Photograph, M. Urashima, October 2013)
© All rights reserved.

Our American Family: The Furutas begins with an introduction to the family with a voice-over by Etsuko Furuta, a Nisei.  Etsuko--one of the daughters of Charles and Yukiko--was born on the Furuta farm in Wintersburg Village and attended Huntington Beach High School.  Etsuko has been interviewed for Historic Wintersburg and the Our American Family producers flew to San Jose to interview her for the PBS program. 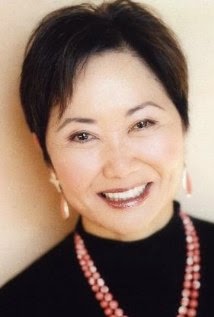 As the audio quality of Yukiko Furuta's 1982 oral history was poor for television purposes, Yukiko's words are given voice by award-winning actress Takayo Tsubouchi Fischer (The Pursuit of Happyness, Moneyball, Pirates of the Caribbean: At World's End, Memoirs of a Geisha).

RIGHT: Actress Takayo Fischer graciously and without hesitation donated her time and talent to Our American Family: The Furutas, providing the narration from excerpts of Yukiko Furuta's 1982 oral history.  Special thanks to Academy-Award® winning actor Chris Tashima, who arranged for the introduction for Historic Wintersburg with Takayo Fischer. (Photograph courtesy of IMDb.com)

Also interviewed for the program are Martha Furuta, the wife of Charles and Yukiko's son, Raymond, and their three sons, Ken, Dave and Norman, as well as Charles and Yukiko's great grandson, Michael Furuta.  The program's producers deliberately allow the history to be told solely by Furuta family members, with no other narration.  The result is the history of an American family, in their own words and from their personal perspective.

With hours of footage filmed at the Historic Wintersburg property and on one-on-one oral history interviews, the editing process to condense the story into a 30-minute program was not an easy task. 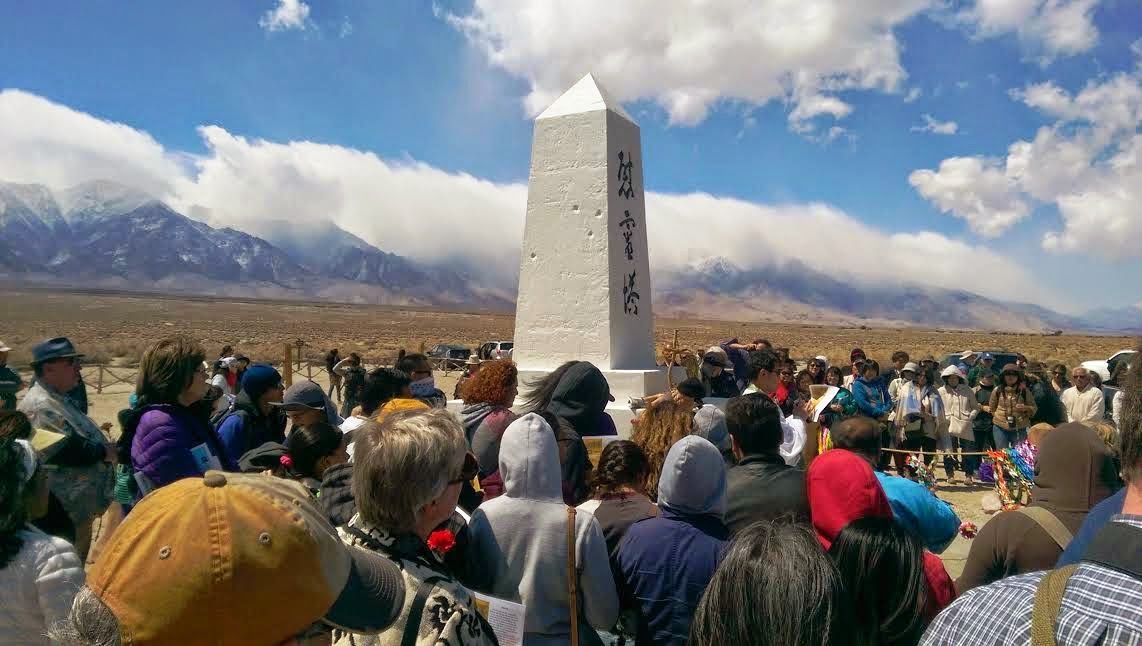 LEFT: The annual Manzanar Pilgrimage at Manzanar National Historic Site, nine miles north of Lone Pine, California, off Highway 395.  Manzanar was the first of the confinement camps.  Etsuko Furuta's fiance, Dan Fukushima--a Fullerton College alumni--was taken to Manzanar.  He later was permitted to join Etsuko in Arizona and they were married inside Poston by Reverend Sohei Kowta from the Wintersburg Mission.  The majority of the congregation of the Wintersburg Mission was confined at Poston, others at Gila River, Arizona. (Photograph, M. Urashima, April 25, 2015) © All rights reserved.

Research relating to the forced evacuation and confinement of Japanese Americans during World War II--part of the Furuta family story--connects the history with places of American confinement at the Colorado River Relocation Center at Poston, Arizona, the Tuna Canyon Detention Station in Los Angeles (Tajunga), the military detention station for those classified as enemy aliens at Lordsburg, New Mexico, and Manzanar.

The effort to accurately re-tell that chapter of American history is difficult due to its monumental importance.  The Furuta family's account is uplifting and will leave viewers wanting to know more. 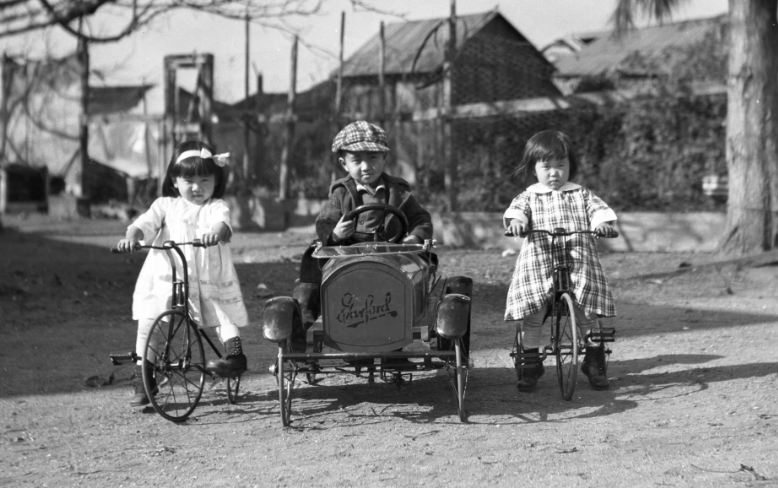 RIGHT:  Toshiko and Raymond Furuta, with their cousin, Sumi Akiyama (far right) on the Cole Ranch in Wintersburg Village.  Sumi Akiyama was the daughter of Yukiko Furuta's sister, Masuko, and Henry Kiyomi Akiyama.  Both the Furutas and Akiyamas were goldfish farmers, the first pond on the Furuta farm at Historic Wintersburg.  Sumi Akiyama married Judge John Aiso, who became the highest ranking Japanese American in the U.S. military and head instructor for the Military Intelligence Service language school during World War II.  A street in Little Tokyo, Los Angeles, California. is named after Judge John Aiso. (Photograph courtesy of the Furuta family) © All rights reserved.

As of May 6, 2015, the majority of the country's PBS stations are airing Our American Family: The Furutas.  The COMPLETE LISTING OF STATIONS--which will be updated weekly as more stations list programs--is at http://www.ouramericanfamilytv.com/air-dates/  To view the PREVIEW of Our American Family: The Furutas, go to http://www.ouramericanfamilytv.com/ 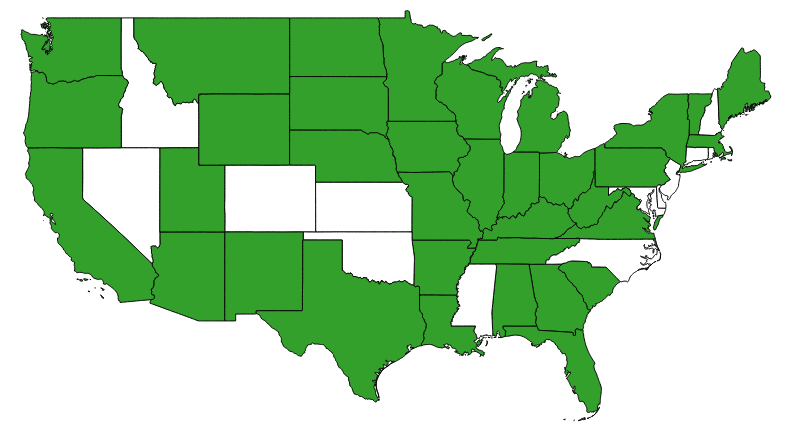 Highlighted in green are the states whose PBS stations are currently showing listings for Our American Family: The Furutas starting at the end of April through the first week of May 2015.  Southern California's KOCE will be airing the program on May 3 and 4.  More stations and air dates will be listed each week.  Check for your local public television station, date and time of airing at http://www.ouramericanfamilytv.com/air-dates/

© All rights reserved.  No part of the Historic Wintersburg blog may be reproduced or duplicated without prior written permission from the author and publisher, M. Adams Urashima
Posted by Surf City Writer at 12:01 PM No comments: