Our American Family: The Furutas airing nationwide on PBS World Channel this May! 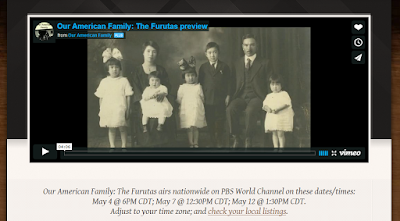 In September 2013,  filming began to capture the story of Charles Mitsuji and Yukiko Yajima Furuta---American pioneers from Hiroshima, Japan---and their descendants.  With the recorded oral history of Yukiko Furuta, an Issei or first generation immigrant---conducted thirty-one years ago in 1982---the stories and memories of five generations of the Furuta family are brought to life in Our American Family: The Furutas, in May 2016. 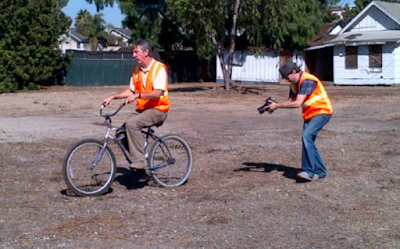 RIGHT: Our American Family producers Michael Nolan and Bradford Van Demark capture an image of a bicycle on the Furuta farm, behind the Wintersburg Japanese Mission, during filming in 2013. (Photo, M. Urashima) © All rights reserved.

The interviews with the Sansei generation--second generation born in America--include Norman, Dave and Ken Furuta, sons of Raymond and Martha, and the grandsons of Charles and Yukiko Furuta.  The documentary includes historic photographs of Wintersburg Village and Huntington Beach, and present-day images filmed on the Furuta farm. 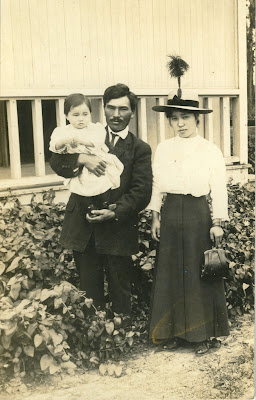 LEFT: Charles and Yukiko Furuta, with their first child, Raymond, in Wintersburg Village (now Huntington Beach), circa 1914. (Photo courtesy of the Furuta family). © All rights reserved.

The personal history shared by the Furuta family is iconic for the Japanese American experience on the West Coast, from pioneer settlement of the American West through the traumatic upheaval of World War II incarceration and the return to California to rebuild a life.  This is part of the story of Historic Wintersburg, designated a National Treasure at the end of 2015 by the National Trust for Historic Preservation, Washington, D.C.

Our American Family: The Furutas was first screened in February 2015, on the Day of Remembrance at the Japanese American National Museum.  It then aired around the country, coast to coast, on public television.  Due to public interest, it is airing again this May during Asian American Heritage Month.

Watch the 4-minute preview and find the link for PBS World Channel (with local channel information and local times for your television provider and region) at http://www.ouramericanfamilytv.com/

A feature from the 2013 filming at Historic Wintersburg is at http://historicwintersburg.blogspot.com/2013/10/our-american-family-features-furuta.html 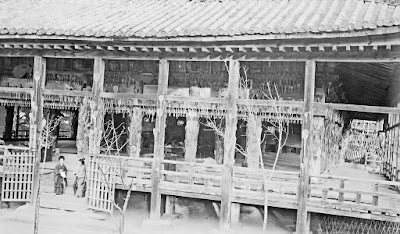 ABOVE: Yukiko Furuta in 1912 at the Itsukushima Shrine on the island of Itsukushima (known as Miyajima), near Hiroshima, which is today a UNESCO World Heritage Site.  She visited the shrine before her arrival in America and shortly after her marriage to Charles Furuta, who traveled back to Japan from California for the marriage arranged through family and friends. Charles Furuta--who had arrived in America in 1900--returned to Japan to marry Yukiko, after saving his earnings and acquiring farm land in Wintersburg Village, known today as Historic Wintersburg in Huntington Beach, California. Our American Family: The Furutas begins circa 1912. (Photo courtesy of the Furuta family). © All rights reserved.

All rights reserved.  No part of the Historic Wintersburg blog may be reproduced or duplicated without prior written permission from the author and publisher, M. Adams Urashima.
Posted by Surf City Writer at 5:17 PM No comments: