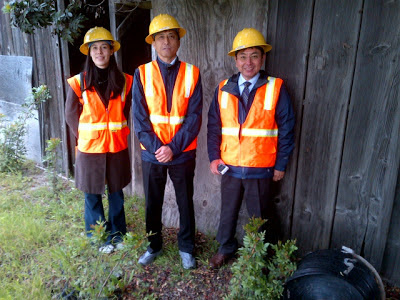 Historic Wintersburg is honored to have provided a tour today to the Consul General of Japan, Jun Niimi.  Consul General Niimi is an official representative of the Japanese government in the United States, for Southern California and Arizona. 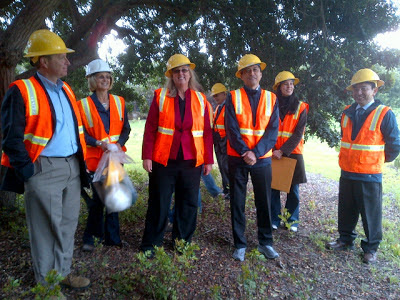 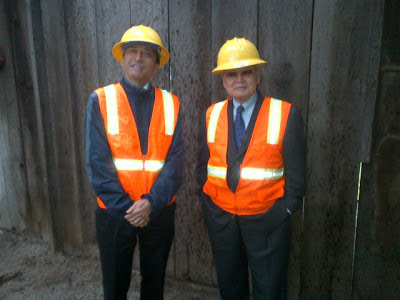 We were delighted to find out that the Consul General's family has ancestral roots in the region near Anjo, Japan, the Sister City of Huntington Beach.

Today's tour happily falls on the one-year anniversary--to the day--of the birth of the Historic Wintersburg blog and our effort to tell the stories of this remarkable five acres and the former Wintersburg Village.  We are grateful to those who are taking an interest and helping us in our efforts to preserve the history of the Japanese pioneers who helped create Orange County and California. 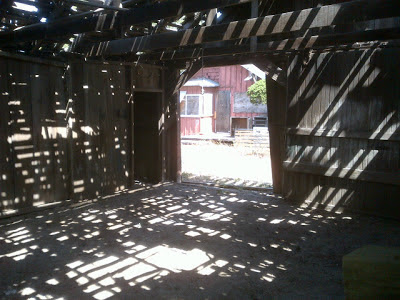 View of the Furuta family home, built in 1912, from inside the barn.  Consul General Jun Niimi remarked the barn's construction reminded him of a Japanese-style barn, which notes the unique architectural style of this Orange County heritage barn. (Photo, 2012)
Posted by Surf City Writer at 2:51 PM