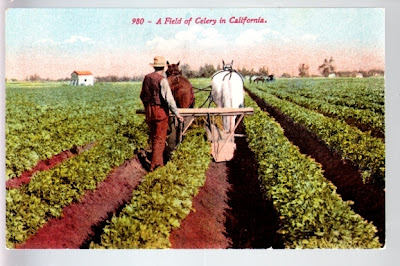 A vintage postcard promotes the rich soil of Orange County's peatlands, this photo likely taken in the Wintersburg / Smeltzer area where celery was king.

In 1902, Presbyterian clergy went out into the celery fields of Wintersburg and Smeltzer, talking to the Japanese bachelors about building their new lives in America.  Charles Furuta had arrived in the United States in 1900 and was hard at work in Wintersburg.

By then, Furuta had met Episcopalian minister Hisakichi Terasawa, a mentor who advised he should work hard, stay on the straight path and buy land.   The Westminster Presbyterian community had enlisted the Cambridge-educated Rev. Terasawa to help establish a mission in Wintersburg, due to his knowledge of both Japanese and American culture and language.  Holding meetings in a Wintersburg barn, Charles Furuta was the first to be baptized in the mission effort, founded in 1904.

Their close friendship led to the joint effort to buy land between 1904 and 1909 for the Furuta farm and for the Wintersburg Japanese Presbyterian Mission. 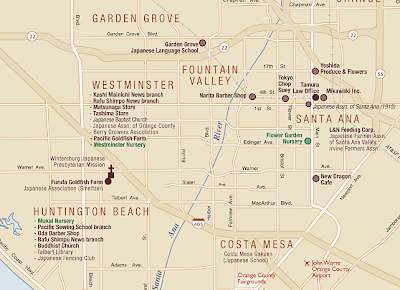 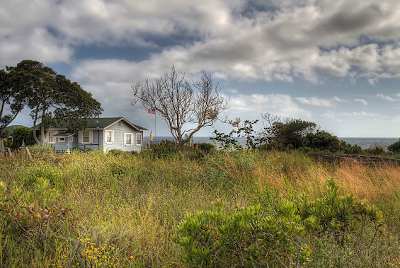 By the 1920s--while the Furuta Gold Fish Farm was flourishing in Wintersburg Village--some of the Japanese truck farmers who got their start in north Orange County moved further south. 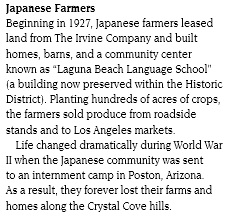 The original Japanese school / community center supported by the Wintersburg church for those living on and farming Irvine Company land is now Cottage #34, the cultural center at the Crystal Cove State Park.

The Historic District of Crystal Cove was listed on the National Register of Historic Places in 1979. 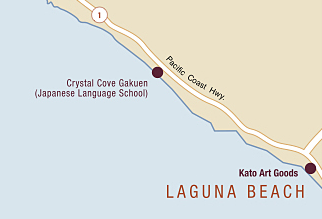 The County-wide legacy of the Wintersburg Japanese Presbyterian Mission effort of 100 years ago is evident today, but the original Mission complex with the Furuta farm remain in jeopardy, under review for a zone change to commercial/industrial and an application for demolition. 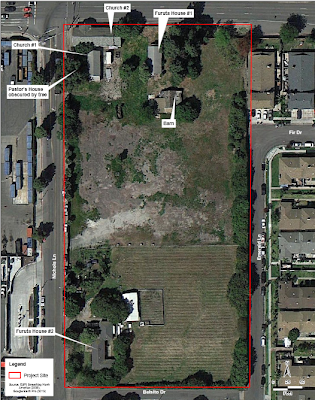 Historic designation
A recent Historic Context Survey conducted by Galvin Preservation Associates, Inc., recommended four of the six buildings on the Historic Wintersburg property as eligible for the National Register of Historic Places: the 1912 Furuta bungalow, the 1910 Mission, the 1910 Manse (clergy home) and the 1934 Depression-era Church.

Left: An aerial of the Furuta farm and Wintersburg Japanese Presbyterian Mission complex from the draft Environmental Impact Report. There is a residential neighborhood to the west, across Emerald Lane, and an elementary school to the south, across Belsito Drive.  (Image, City of Huntington Beach)

There are hopes to add historic landmark designation for the century-old pioneer heritage barn built by the Furuta family for their goldfish and flower farm.  The barn appears to be the only remaining heritage barn in Huntington Beach and one of the rare few in Orange County.

The Furuta farm and Wintersburg Japanese Presbyterian Mission complex is a rare, extant Japanese pioneer heritage property.  Over the arch of 100 years, the history associated with this property tells of the settlement and development of Orange County and California. 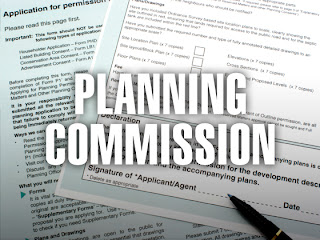 Two actions were directed by the Planning Commission: 1) Add the Furuta barn as a City historic landmark, 2) provide more documentation regarding the draft Environmental Impact Report's "Statement of Overriding Consideration" which states the historic buildings are a public safety concern, justifying demolition.

The Commission debated the pros and cons of designating the property as a historic district, uncertain about its effect.  The City staff recommendation--to certify the draft Environmental Impact Report (EIR) and approve the Statement of Overriding Consideration (which allows the demolition to proceed) is acknowledged in the draft EIR as inconsistent with the City of Huntington Beach General Plan.

The demolition permit would fall under a "ministerial" action by staff, as opposed to a discretionary action by an elected or appointed body.  However, ministerial actions must be fully consistent with the General Plan per City policy.  State law considers the demolition of historic resources a significant impact that cannot be fully mitigated.  Once they are gone, they are gone.

California Environmental Quality Act (CEQA) law states "where a project involves an approval that contains elements of both a ministerial action and a discretionary action, the project will be deemed to be discretionary and will be subject to the requirements of CEQA." 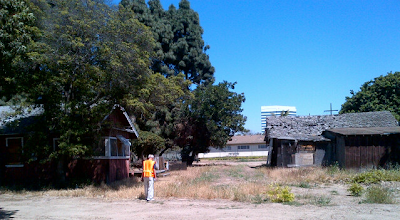 Tadashi Kowta, son of Reverend Sohei Kowta, recently revisited Historic Wintersburg after more than 50 years.  The Kowta family lived in the Manse on the property between 1938 and 1942, until they were forced to evacuate to the Colorado River Relocation Center.  Kowta recalled his last visit was about a decade after World War II. (April 19, 2013)

The History of Southern California
The concern for preservation of  Historic Wintersburg echoes in concurrent discussions about the historic China House in Rancho Cucamonga.  The two-story China House, built in 1919, once housed a Chinese market and was home to the Chinese laborers who dug tunnels bringing water from the mountains to the valley.  It is the last remaining Chinese pioneer structure in an Inland Empire Chinatown. 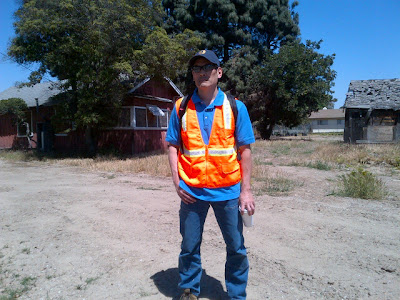 Asian Americans were an integral part of the settlement, farming and development of Southern California, yet evidence of this history has almost entirely been erased.  The last remaining tangible pieces are jeopardized, the history often discounted, and the structures--after surviving a century--considered somehow unsafe to preserve.

At the public hearing in Huntington Beach, Kanji Sahara with the Japanese American Citizens League called the preservation of Historic Wintersburg a civil rights issue.  Sahara, 79, explained no one should be denied their cultural heritage.

Huntington Beach Independent Reporter Anthony Carpio writes (Future of historical site still in question, April 24, 2013), "Sahara compared Wintersburg to Manzanar, the relocation camp in California where thousands of Japanese Americans were sent during World War II.   He said Manzanar was registered as a national historic site because it told the history of what had happened there and it would have lost historical value had it been moved."

California
A half-day workshop on Historic Wintersburg will be conducted for the California Preservation Foundation on Friday, May 3.  http://www.californiapreservation.org/main.html

Nationwide
In February 2013, the U.S. Department of the Interior announced--in conjunction with the National Park Service--the Asian American Pacific Islander Theme Study to investigate the stories, places and people of Asian American and Pacific Island heritage.  The theme study will guide future nominations of National Historic Landmarks and National Register properties.  Per the Department of the Interior, less than eight percent of National Register properties can be identified as representing the stories associated with African Americans, American Latinos, Asian Americans and Pacific Islanders, American Indians, Native Alaskans and Native Hawaiians, or women.  Asian American history experts from around the country meet May 9 in Washington D.C. to discuss implementation of the initiative.

Historic Wintersburg will be included on a panel discussion at the National Historic Trust Conference in Indianapolis, Indiana, at the end of October 2013.  http://www.preservationnation.org/resources/training/npc/

All rights reserved.  No part of the Historic Wintersburg blog may be reproduced or duplicated without prior written permission from the author and publisher, M. Adams Urashima.
Posted by Surf City Writer at 3:50 PM