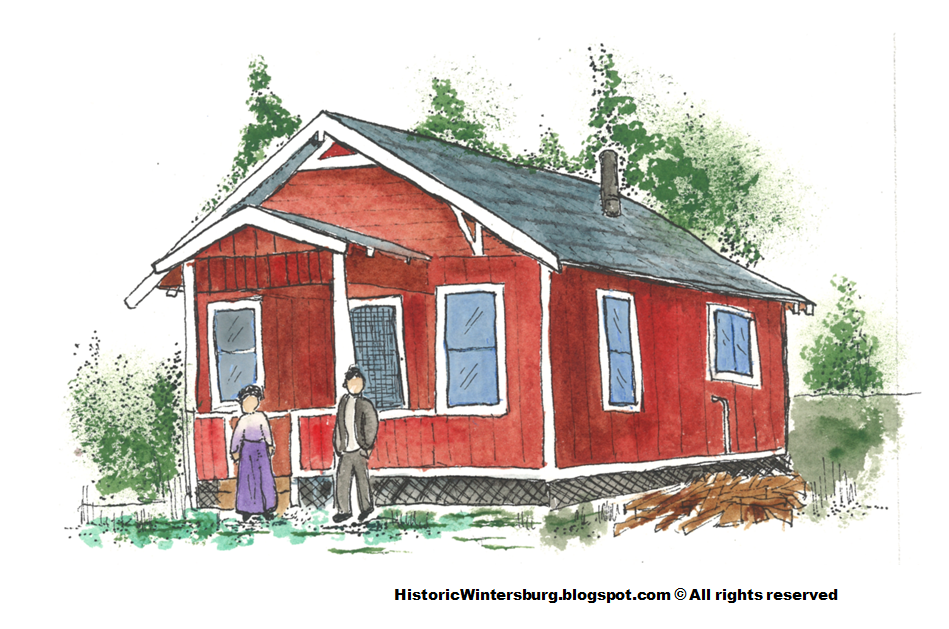 AN AMERICAN PIONEER STORY: Artist's rendering of the Yukiko Yajima and Charles Mitsuji Furuta bungalow, from the photograph shown on masthead above, March, 1913.  (Artwork by Huntington Beach resident Barbara Haynes, a member of the Historic Wintersburg Preservation Task Force and Huntington Beach Historic Resources Board, June 2014.) © All rights reserved.

Historic Wintersburg is pleased and humbled to announce we are one of the National Trust for Historic Preservation's America's 11 Most Endangered Historic Places for 2014.


Washington (June 23, 2014) – Today, the National Trust for Historic Preservation, http://www.preservationnation.org/, named Historic Wintersburg in Huntington Beach, Calif. to its 2014 list of America's 11 Most Endangered Historic Places, http://www.preservationnation.org/issues/11-most-endangered/. This annual list spotlights important examples of the nation’s architectural, cultural and natural heritage that are at risk of destruction or irreparable damage. More than 250 sites have been on the list over its 27-year history, and in that time, only a handful of listed sites have been lost.

Historic Wintersburg documents three generations of the Japanese American experience in the United States, from immigration in the late 19th century to the return from incarceration in internment camps following World War II. The site contains six extant pioneer structures and open farmland, and is one of the only surviving Japanese-owned properties acquired prior to California’s anti-Japanese “alien” land laws of 1913 and 1920. In contrast to Japanese American confinement sites from the World War II era, Historic Wintersburg captures the daily community life and spiritual institutions of Japanese settlers as they established a new life in America.

“Historic Wintersburg is a unique cultural site that tells the important story of early Japanese American immigrants as they sought to make a new life and build a community in Southern California,” said Stephanie Meeks, president of the National Trust for Historic Preservation, “We strongly support a collaborative effort that preserves Wintersburg’s historic landscape while building upon its longstanding role as an educational and supportive space for the Huntington Beach community."

The site also chronicles the multigenerational story of the Furuta family, Japanese pioneers who cultivated a farm for close to a century, helped establish Japanese civic and business development organizations, and are a largely unrecognized part of Orange County’s history.

The property is currently owned by Rainbow Environmental Services (Rainbow), a waste transfer company. In November 2013, the Huntington Beach City Council voted 4-3 to certify an Environmental Impact Report (EIR), which rezones the property from residential to commercial/industrial. The Council also approved a Statement of Overriding Consideration—the action which allows demolition of all six structures. Although Rainbow agreed to provide preservationists until mid 2015 to find solutions to save the historic property, demolition of the site remains a possibility.

Members of the public are invited to learn more about what they can do to support these 11 historic places and hundreds of other endangered sites at http://www.preservationnation.org/ 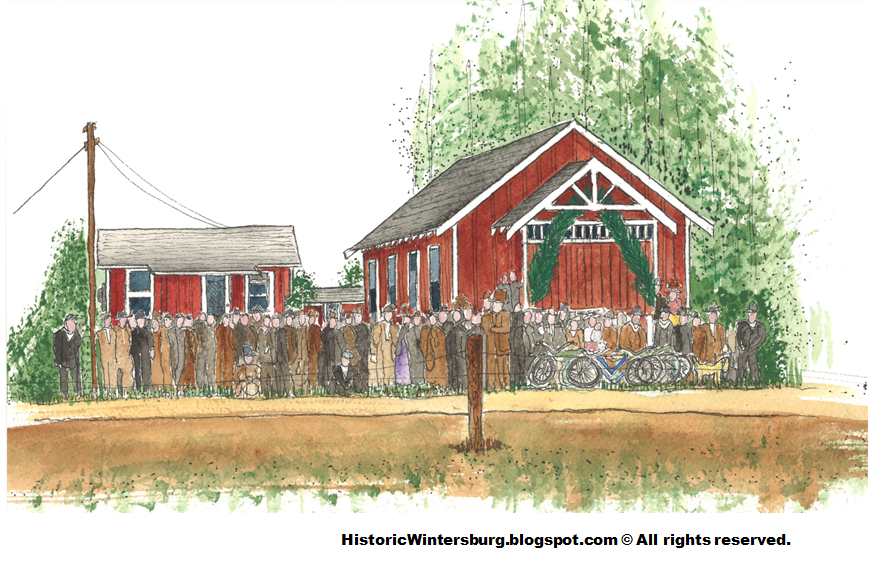 The Wintersburg Japanese Presbyterian Mission and manse with congregation in 1910, the year both structures were completed.  The rendering is based on a historical photograph depicting this scene. The actual Mission was a brushed white, while the manse was a classic red iron oxide stain. (Artwork by Huntington Beach resident Barbara Haynes, a member of the Historic Wintersburg Preservation Task Force and Huntington Beach Historic Resources Board, June 2014.) © All rights reserved.

The 2014 list of America's 11 Most Endangered Historic Places (in alphabetical order):

Frank Lloyd Wright's Spring House - Tallahassee, Florida. Designed by Frank Lloyd Wright and constructed in 1954, Spring House is the only built private residence designed by Wright in the state of Florida, and its novel "hemicycle" form is one of very few surviving homes that Wright designed in this style. Weather and the ravages of time have deteriorated the building.

Mokuaikaua Church - Kailua Village, Kona, Hawaii. Mokuaikaua Church, completed in 1837, is Hawaii's first Christian Church and is at risk from both earthquake damage and natural wear and tear.

Music Hall - Cincinatti, Ohio. A National Historic Landmark, Music Hall has played a significant role in the cultural fabric of Cincinnati since it was built in 1878. Today, it is deteriorating and in need of extensive repairs.

The Palisades - Englewood Cliffs, New Jersey. Several generations have cherished the scenic Palisades cliffs along the Hudson River. Despite its designation as a National Historic Landmark, the LG Corporation plans to build an office tower along the cliffs in New Jersey, forever altering the landscape.

Palladium Building - St. Louis, Missouri. The Palladium Building housed a nightclub in the 1940s that - although restricted to a whites-only clientele - played a prominent role in the development of African American music. It now faces an uncertain future because it is not protected by local or national historic designations.

Shockoe Bottom - Richmond, Virginia. Once a center of slave trade in America, Shockoe Bottom was home to Solomon Northup's jail in "12 Years a Slave" and contains numerous underground artifacts. The site is threatened by potential development of a minor league baseball stadium.

Union Terminal - Cincinnati, Ohio. Union Terminal, an iconic symbol of Cincinnati and a world-class example of Art Deco architecture, is suffering from deterioration and is now in need of extensive - and costly - repairs.

America’s 11 Most Endangered Historic Places has identified more than 250 threatened one-of-a-kind historic treasures since 1988. Whether these sites are urban districts or rural landscapes, Native American landmarks or 20th-century sports arenas, entire communities or single buildings, the list spotlights historic places across America that are threatened by neglect, insufficient funds, inappropriate development or insensitive public policy. The designation has been a powerful tool for raising awareness and rallying resources to save endangered sites from every region of the country. At times, that attention has garnered public support to quickly rescue a treasured landmark; while in other instances, it has been the impetus of a long battle to save an important piece of our history. 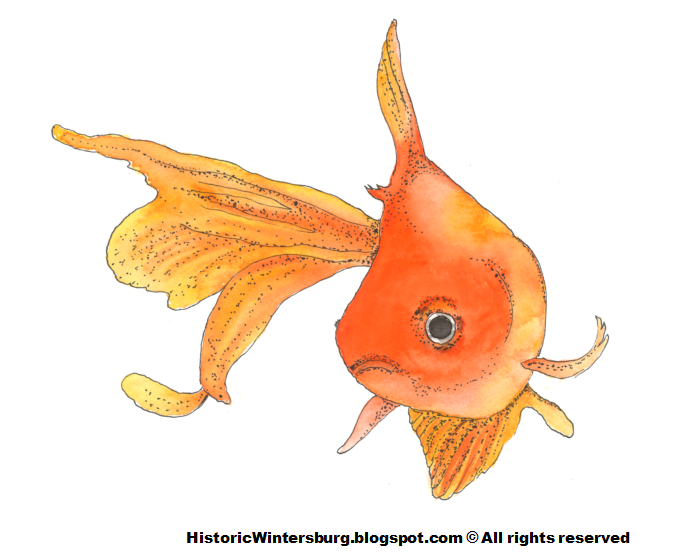 As we move forward, we ask the country's help to save this rare historic place, an American heritage site and civil liberties icon rich with cultural identity and many more stories to tell.  When the Wintersburg Mission was founded in 1904, small donations from around Orange County helped build what became the heart of the pioneer Japanese American community. Today, donations from around the country can help us save Historic Wintersburg for future generations.

Thank you to the National Trust for Historic Preservation.  We are grateful for your partnership in our efforts to save America's pioneer history.

Join us TUESDAY, JUNE 24, at Huntington Beach's Red Table Restaurant! A percentage of your dining bill is donated to the Historic Wintersburg Preservation Fund. 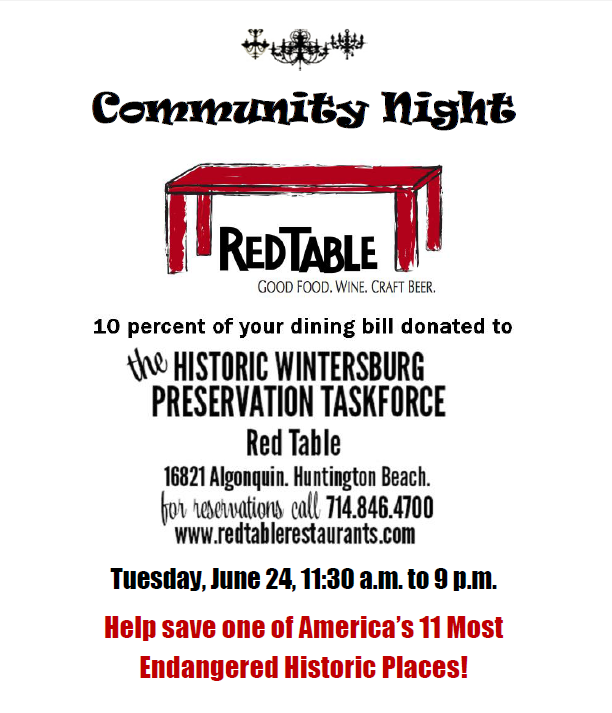 DONATE to the Historic Wintersburg Preservation Fund and help us save a precious historical site!  Go to http://www.huntingtonbeachca.gov/i_want_to/give/donation-wintersburg.cfm

© All rights reserved.  No part of the Historic Wintersburg blog may be reproduced or duplicated without prior written permission from the author and publisher, M. Adams Urashima.
Posted by Surf City Writer at 12:22 PM