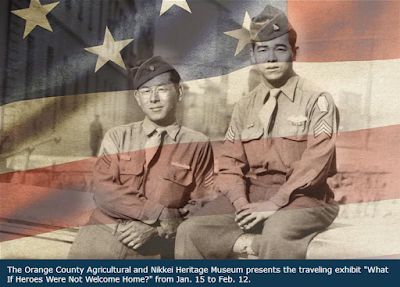 The Orange County Agricultural and Nikkei Heritage Museum will host the traveling exhibit, "What if heroes were not welcome home?", January 15 to February 12.

During the exhibit, the Museum honors individuals and organizations who have supported the history and legacy of Japanese Americans, including those associated with Historic Wintersburg. 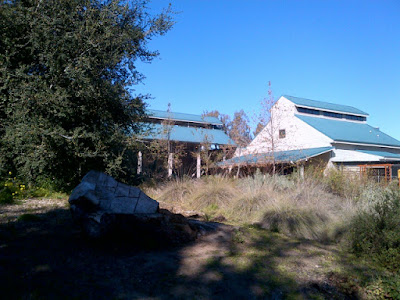 On Sunday, January 22, Historic Wintersburg author and chair Mary Urashima will receive a commendation from the Museum for her almost nine-year effort to identify, research and save the Furuta farm and Wintersburg Japanese Mission property.  She will provide a presentation in the Museum, with seldom-seen photographs of the Japanese American pioneers of Orange County.

The people associated with the Historic Wintersburg property either served in the U.S. military---including Congressional Gold Medal recipients---or were confined, due to their Japanese ancestry, during World War II.  This history will be part of the national Day of Remembrance on February 19, marking the 75th anniversary of the authorization of Executive Order 9066 by President Franklin Roosevelt. 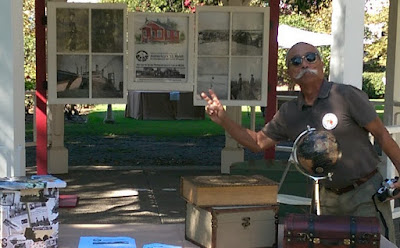 Currently, the Historic Wintersburg Preservation Task Force is working with the property owner, Republic Services, and the City of Huntington Beach on a process to save the civil liberties "site of conscience" as a preserved heritage site for future generations.

LEARN MORE about the "What if Heroes Were Not Welcome Home?" exhibit and speaker series in this Los Angeles Times feature by Caitlin Yoshiko Kandil, http://www.latimes.com/socal/daily-pilot/entertainment/tn-wknd-et-0205-unwelcome-heroes-exhibit-20170204-story.html

All rights reserved.  No part of the Historic Wintersburg blog may be reproduced or duplicated without prior written permission from the author and publisher, M. Adams Urashima.


The Orange County Agricultural and Nikkei Heritage Museum is located on the beautiful grounds of the Fullerton Arboretum at California State University-Fullerton, 1900 Associated Road, Fullerton, California, 92831.

More information about the exhibit and event days at www.news.fullerton.edu/2017wi/Arboretum-Heroes-Exhibit.aspx

All rights reserved.  No part of the Historic Wintersburg blog may be reproduced or duplicated without prior written permission from the author and publisher, M. Adams Urashima.
Posted by Surf City Writer at 1:06 PM