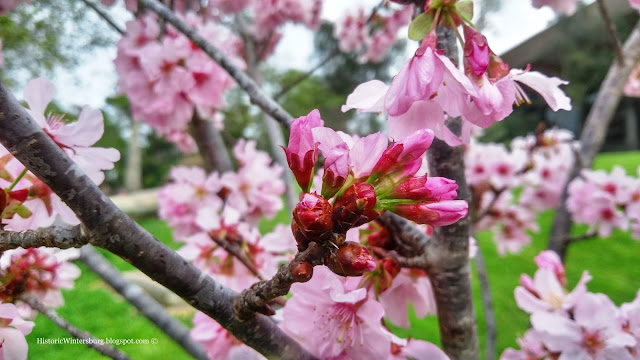 Consulate General of Japan in Los Angeles, Akira Chiba, will help open the Festival—along with City of Huntington Beach officials, the Sister City Association, and a delegation from Anjo—by ceremonially planting this year’s Japanese cherry tree near the Secret Garden in Central Park.  The Cherry Blossom Festival is held at the bandstand behind the Central Park Library adjacent to the grove of cherry trees, many of which are gifts from Anjo, Japan. 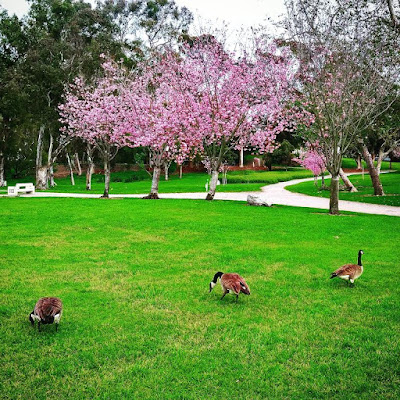 RIGHT: Geese hard at work on the grounds of the Huntington Beach Cherry Blossom Festival in Central Park. Look for the 2002 anniversary stone beneath the cherry trees on the main walkway, which honors the multi-decade friendship with Sister City Anjo, Japan. "Each spring in Japan, cherry blossoms are enjoyed as a symbol of renewed life and vitality." (M. Urashima, March 2017) ALL RIGHTS RESERVED © 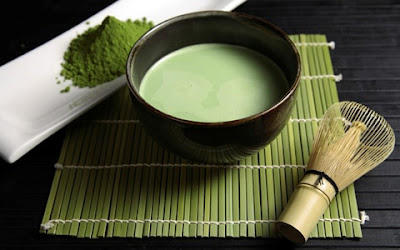 The centuries-old “Way of Tea”, or chanoyu, and a bonsai demonstration will be special features at this year’s Festival.  Omote Senke (表千家 one of the schools of Japanese tea ceremony established in the 17th century) will be presenting a traditional Japanese Tea Ceremony under a tent near the Secret Garden.

The Tea Ceremony is a beautifully symbolic tea serving with every detail choreographed in fixed form (kata) as a demonstration of etiquette and to express the bond between the server and the guest.  Close attention is given to the manner in which the macha, or green tea, is whisked, the folded tea cloth, and the way the bowl of tea is served and sipped.

Omotesenke in Japan explains the tradition they have upheld for over 400 years, "This tradition is not just the inheritance of a form, but is a searching for the right way to be within the context of history. New life is breathed into it as it adapts to each period, so it is a living culture that has been handed down.  Chanoyu is 'a communication of the minds of host and guests through the enjoyment of delicious tea together'." 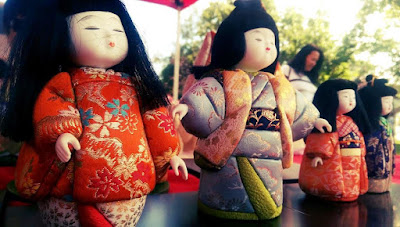 LEFT: Dolls on exhibit at one of the cultural booths at a prior Huntington Beach Cherry Blossom Festival. (M. Urashima, 2015) ALL RIGHTS RESERVED ©

Renowned bonsai master Frank Goya---a native Californian who was incarcerated for three years during World War II, due to his Japanese ancestry---will provide a demonstration in the Central Park amphitheater.  In 2003, the Los Angeles Times said of Frank Goya and his bonsai creations (The beauty in bonsai, January 30, 2003), "The trees are fed by gnarled roots that grab the soil like ancient fingers and are harvested from harsh mountain and desert conditions. Much of their beauty is that of resilience, survival, of bending with the wind and living despite estreme climactic conditions. Goya, too, has survived, has bent with the wind."

BELOW RIGHT:  The four-century old bonsai that survived the atomic bombing of Hiroshima. It is at the U.S. National Arboretum, a gift from Japan, as part of one of the largest collections of bonsai in north America.  The story of the bonsai at the U.S. Arboretum, https://www.youtube.com/watch?v=NYPeNcnyZ6g (Source: Image from U.S. Arboretum; Youtube story from Voice of America) 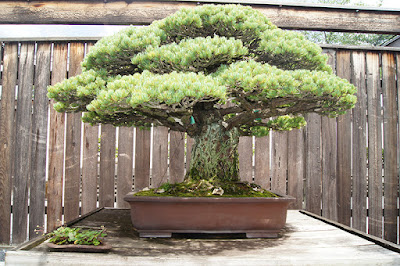 Considered one of the top bonsai artists in the United States, Frank Goya's speciality of bonsai is known as saikei, a living miniature landscape of tree, rock, and ground cover, such as moss. The word bonsai (盆栽) means "tray planting" and the selection of the container is of equal importance to the plant selection, for a creation that may last centuries.

A variety of cultural booths will offer information about Japanese culture, crafts, and games for all ages.  Historical information booths will share more about the history and culture of Japanese Americans, who first arrived in California in the 1860s.

National Treasure Historic Wintersburg will be at the Festival with an informational booth about our century-old goldfish farm and mission history.  This year, we bring back our popular "goldfish" bean bag toss for the young at heart.

Historic Wintersburg also will hand out a healthy "farm" snack: freshly picked, organic carrots courtesy of our supporter Tanaka Farms.    The kids will love these crunchy carrots with the long green leafy tops, as they stroll the Festival grounds! 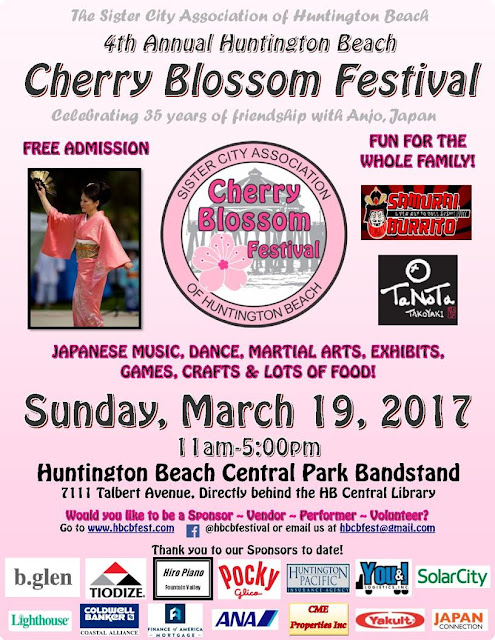 All rights reserved.  No part of the Historic Wintersburg blog may be reproduced or duplicated without prior written permission from the author and publisher, M. Adams Urashima.
Posted by Surf City Writer at 12:05 PM