Wintersburg: What will be lost?

"...take a moment and think of something significant to you personally. Anything. You may think of your children, or your spouse, or your church, or god, or a favorite piece of art hanging in your living room, or your childhood home, or a personal accomplishment of some type.

We acquire memories from a sound or a picture, or from a conversation, or from words in a book, or from the stories our grandmother told us. But how is the memory of a city conveyed?

Here’s what Italo Calvino writes, 'The city ... does not tell its past, but contains it like the lines of a hand, written in the corners of the streets, the gratings of the windows, the banisters of the steps, the antennae of the lightening rods, the poles of the flags, every segment marked in turn with scratches, indentations, scrolls.'

The city tells it own past, transfers its own memory, largely through the fabric of the built environment. Historic buildings are the physical manifestation of memory and it is memory that makes places significant." 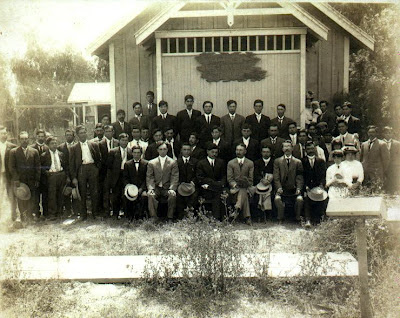 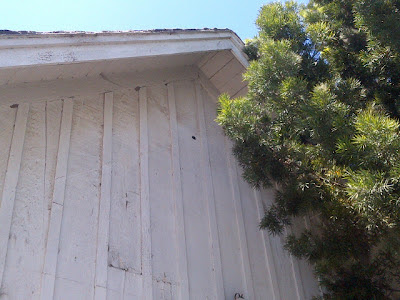 Today, the whitewashed Mission is hidden from view behind the 1934 Church building. (Photo, 2012) 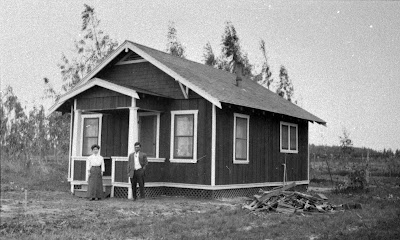 Yukiko and Charles Mitsuji Furuta in front of their newly constructed home, circa 1912.  (Photo courtesy of California State University - Fullerton, Center for Oral and Public History) 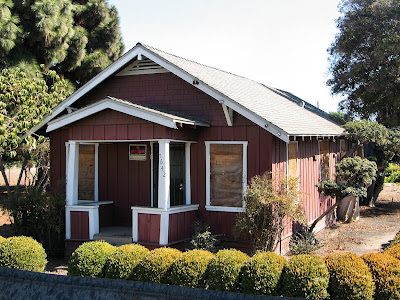 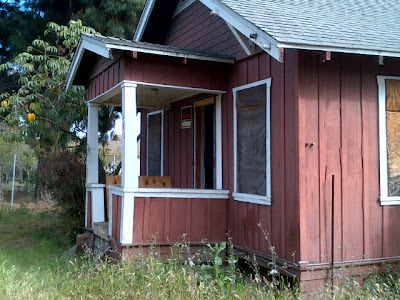 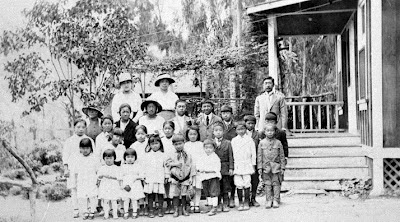 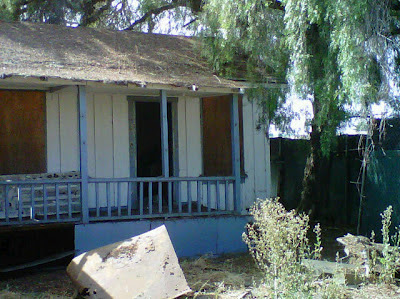 Wintersburg Japanese Presbyterian Church, circa 2007.  The widening of Warner Avenue left room only for a sidewalk in front of the doorway to the Church.  (Photo courtesy of Chris Jepsen, www.ochistorical.blogspot.com) 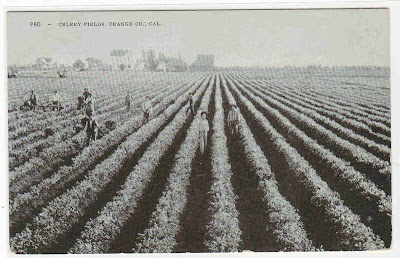 The peatland celery fields of Orange County, California, early 1900s.  Agriculture was the economic engine that provided for the development of modern-day urban Orange County. 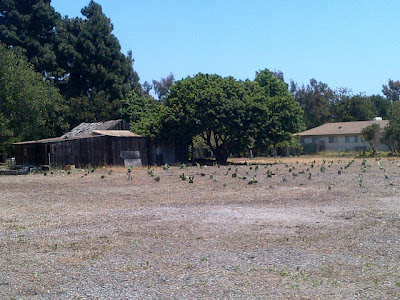 The Furuta family farmland behind the barn was once home to the family garden, goldfish ponds and a tennis court.  It is now planted with nopales (prickly pear cactus).  (Photo, June 2012)

It is through the adaptive reuse of heritage buildings that a community can actively participate in the positive benefits of economic globalization while simultaneously mitigating the negative impacts of cultural globalization."
Donovan Rypkema

Call to action
The City of Huntington Beach city council will discuss the potential for demolition or preservation of Historic Wintersburg buildings at their 6 p.m., Monday, July 16, 2012 meeting.  Help preserve this important part of American history by sending an email to the city council requesting they:
Emails should be sent by Saturday, July 14, 2012, to:

Editor's note: Readers can find the full article, Economic Benefits of Preservation Session, “Sustainability and Historic Preservation by Donovan Rypkema posted on the website of the Preservation Action Council of San Jose at http://www.preservation.org/rypkema.htm

All rights reserved.  No part of the Historic Wintersburg blog may be reproduced or duplicated without prior written permission from the author and publisher, M. Adams Urashima.
Posted by Surf City Writer at 5:13 PM