The Furuta farm, Wintersburg Mission and the Alien Land Law 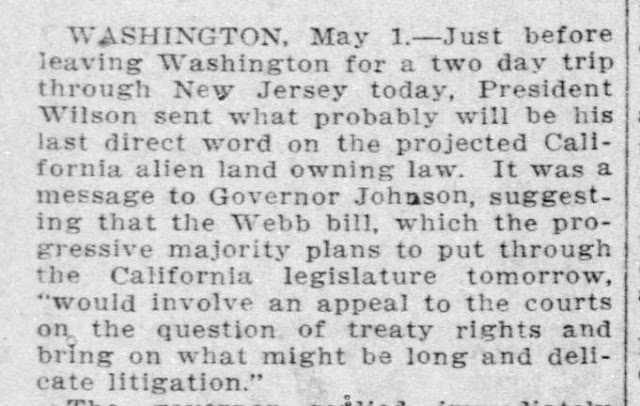 There simply is no easy way to convey the political turmoil that faced Wintersburg's immigrant farmers in the years leading up to 1913.  It was painful.  The kind of thing we don't talk about much, but should.  Today, a century later, it's an important civil liberties lesson for future generations.

It's part of what makes the Historic Wintersburg site so rare. 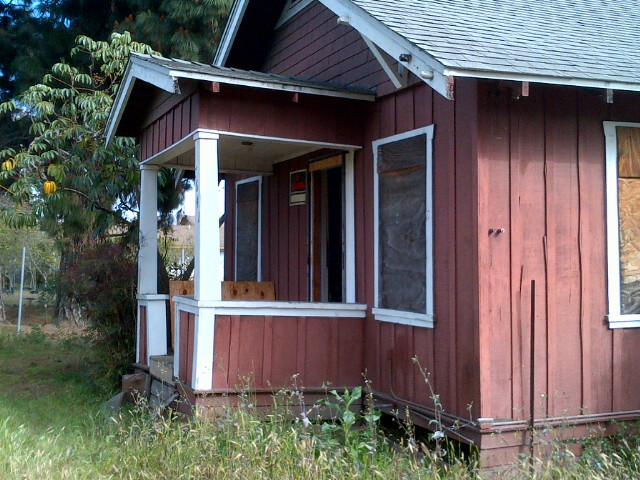 One of two Issei-owned properties in present-day Huntington Beach, the Furuta family home was built in 1912 on land owned by C.M. Furuta.  One year later, the Alien Land Law was enacted.  (Photo, September 2011) © ALL RIGHTS RESERVED

That Charles Mitsuji "C.M." Furuta and Reverend Hisakichi Terasawa were able to purchase five acres for the Furuta farm and Wintersburg Mission site was a feat of perseverance.  That Tsurumatsu "T.M." Asari was able to purchase land for the Asari market, farm and goldfish hatchery on Wintersburg Avenue, a small miracle.

In his 1982 oral history interview for the Honorable Stephen K. Tamura Orange County Japanese American Oral History Project, Henry Kiyomi Akiyama told his interviewers Arthur A. Hansen and Yasko Gamo that these two properties were the only Japanese-owned Wintersburg properties he knew of prior to the Alien Land Law of 1913.

Purchased between 1900 and 1909, they do appear to be the only properties in present-day Huntington Beach owned in the early 20th Century by Issei.  The only surviving extant property is the Furuta-Wintersburg Mission site at Warner Avenue and Nichols Lane.*

Proponents of the Act used early common law as a basis for their complaint, reverting to pre-American Revolution feudalism.  "An alien could acquire real property by gift, purchase or devise, but his rights in the property were subject to forfeiture by the crown..."(Sei Fujii v. State of California) 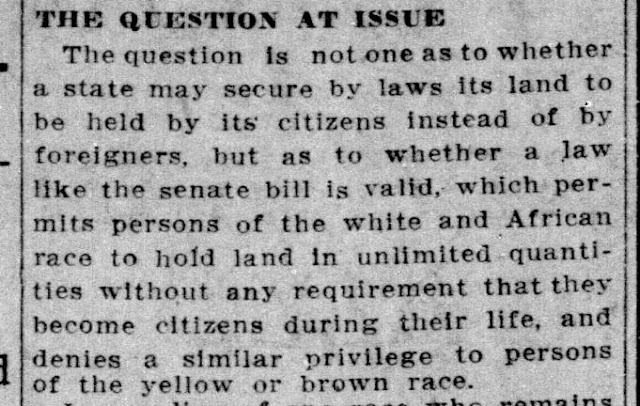 Excerpt from an editorial statement by Cornell-educated attorney Thomas V. Cator to the San Francisco Call.  The Call supported Cator's contention there were constitutional issues.  Those embroiled in the debate were not shy about characterizations of race and ethnicity. (Image, San Francisco Call, May 2, 1913)

Protests
Assemblyman Bloodgood--a Republican-Progressive from Inglewood--sought an exemption for farm leases. Some accused him of placating big farming and land interests.

U.S. Secretary of State William Jennings Bryan traveled to California at the direction of President Wilson to tour Japanese farm communities and rural schools; he saw successful farm enterprises and close to 100 percent enrollment in schools among the Japanese community.  Speaking to the California Legislature in 1913, Bryan urged cooperation between the federal and state government.

William Carter, General Secretary of the International Peace Forum visited Sacramento, urging caution in the interests of world peace.   A delegation of land owners from the Island Delta District near Stockton defended the Japanese farm lessees from their region, traveling to Sacramento to to voice their protest "against the passage of any alien land ownership bill that would affect the value of property in San Joaquin County." 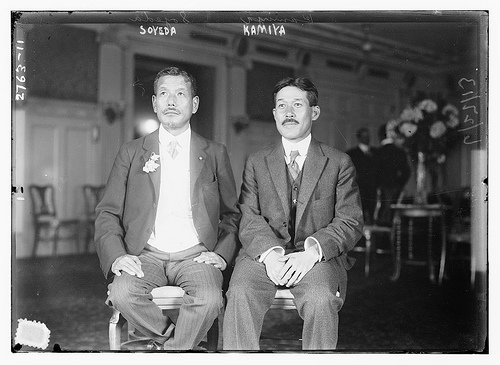 Dr. Juichi Soyeda--a Japanese attorney delegated by the Chambers of Commerce of Japan and the Japan America Society to study the Alien Land Law--was asked to speak at the Publishers Association of New York in 1913.   As reported by the New York Times, Dr. Soyeda Sure That in the End California Situation Will Be Settled Amicably (June 26, 1913), a representative of the Publishers group said they did not share the opinions of the California legislators and extended "only the most cordial feelings" to the Japanese.

"The thinking men in Japan are well acquainted with the history of the relations between this country and Japan, and of the instances of American fair play which we have experienced," said Soyeda.  "The negotiations of the California question are still going on between Washington and Tokio.  I cannot but think that the outcome will justify the United States in the light of Christianity and humanity."

The San Francisco Call took a stand to counter those who opined Japanese posed a social or economic threat, stating it was not based on facts.  The Call stated there were 158,360 square miles in California, of which the Japanese owned only 20 square miles after a 50 year-presence in California.  In a half-page statement, May 1, 1913, the Call reasoned, "it will take the Japanese 395,900 years to own California."  In the end, these efforts failed and the Alien Land Law passed. 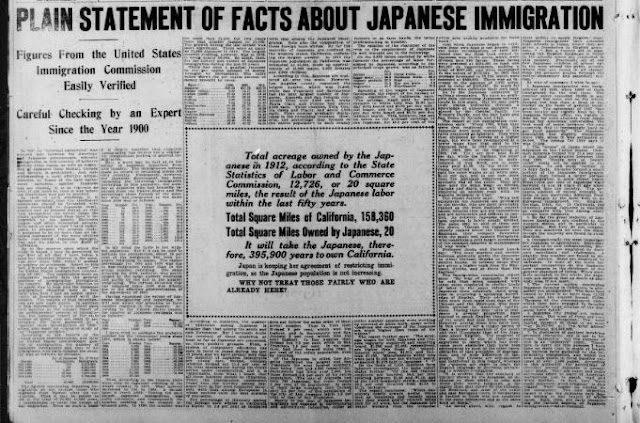 Wintersburg land owners, such as the Cole family of Cole Ranch (vicinity of Huntington Beach's present-day Ocean View High School), worked with local Japanese on a lease or crop-rent basis, including C.M. Furuta and Henry Kiyomi Akiyama.  In fact, the Cole family became so fond of Akiyama that they offered him a home on their property and later partnered with Akiyama on his first goldfish ponds.

Unable to purchase property himself as an Issei, Akiyama later purchased property through his Nisei children and post WWII became one of the most successful business owners in Orange County (the Pacific Goldfish Farm).

On November 4, 1956, a repeal measure, listed as Proposition 13, was passed by California voters to officially repeal the Alien Land Law, 43 years after its enactment. 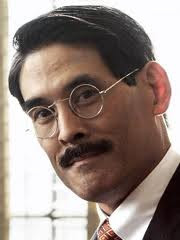 Academy Award® winner Chris Tashima is cast as Sei Fujii in the upcoming film, Lil Tokyo Reporter.  Fujii--the publisher of Kashu Mainichi (a Japanese American newspaper)--graduated from USC law school in 1911 but was not allowed to become an attorney because he was not a citizen. (Photo, Lil Tokyo Reporter)

After his WWII incarceration in Department of Justice Detention Center in Santa Fe, New Mexico, Sei Fujii purchased land in order to challenge the California Alien Land Law with his USC classmate J. Marion Wright.  Their story will be retold in the upcoming film, Lil Tokyo Reporter, set to debut in September 2012, http://ltreporter.com/blog/. 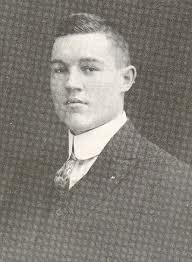 J. Marion Wright, circa 1913, "became the trusted advocate of the small but growing Japanese community. This young lawyer never let his friends and clients down." (DiscoverNikkei.com)

"I remember distinctly those days when the Issei were the discriminatory victims of the Alien Land Laws and Sei Fujii, Issei attorney and publisher...used to come to this school (the Anaheim Japanese School at La Palma and Citron Streets) to explain to our parents the latest findings of the court cases," recalled Nishizu.

Nishizu told his interviewer, " it may be of interest to you to have me relate what Issei were like. They had guts, drive, and were willing to work to get ahead in the face of the discrimination of the Alien Land Law. They wanted to implant a foundation and steppingstone for the Nisei to follow..." 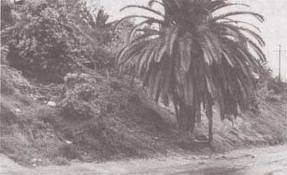 The Supreme Court decision stated: "Congress, however, at least prior to 1924, saw fit to permit aliens who are ineligible for citizenship to enter and reside in the United States despite the fact that they could not become naturalized, and such aliens are entitled to the same protection as citizens from arbitrary discrimination..."

"Although Japanese are not singled out by name for discriminatory treatment in the land law, the reference therein to federal standards for naturalization which exclude Japanese operates automatically to bring about that result,"  the Court concluded. "...The California Alien Land Law is obviously designed and administered as an instrument for effectuating racial discrimination, and the most searching examination discloses no circumstances justifying classification on that basis."

"There is nothing to indicate that those alien residents who are racially ineligible for citizenship possess characteristics which are dangerous to the legitimate interests of the state, or that they, as a class, might use the land for purposes injurious to public morals, safety or welfare. Accordingly, we hold that the alien land law is invalid as in violation of the Fourteenth Amendment." 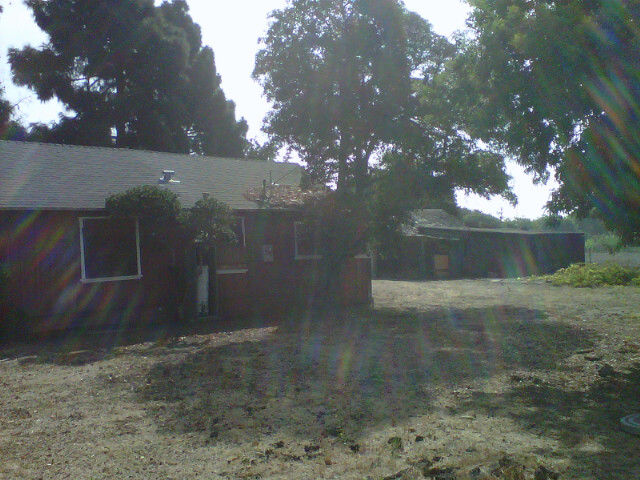 *The Tsurumatsu Asari property, which was the site of Wintersburg's Asari and later Tashima Market, reportedly was located across Wintersburg (now Warner) Avenue from the Furutas east of the Southern Pacific Railroad tracks, in the general area of the Liberty Christian School.

A series on USC attorney J. Marion Wright, written by is daughter, Janice Marion Wright LaMoree, can be found at http://www.discovernikkei.org/en/journal/authors/lamoree-janice/

Readers also may be interested in reading about the effects of the Alien Land Law on a Southern California Chinese family in the Jue Joe Clan blog, http://juejoeclan.blogspot.com/2010/08/details-jue-joe-and-alien-land-law.html

All rights reserved.  No part of the Historic Wintersburg blog may be reproduced or duplicated without prior written permission from the author and publisher, M. Adams Urashima.
Posted by Surf City Writer at 11:45 AM