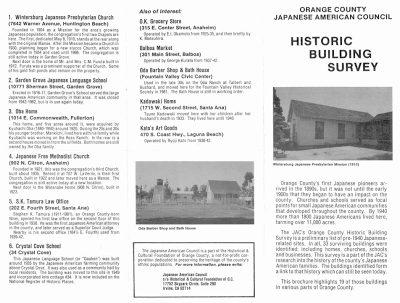 The front side of the Orange County Japanese American Council's 1986 "Historic Building Survey" has the Wintersburg Japanese Presbyterian Mission as the featured property.

Many of the buildings included in the 1986 survey no longer exist.  The Wintersburg Japanese Presbyterian Mission is highlighted on the survey brochure cover and listed as number one on the survey. 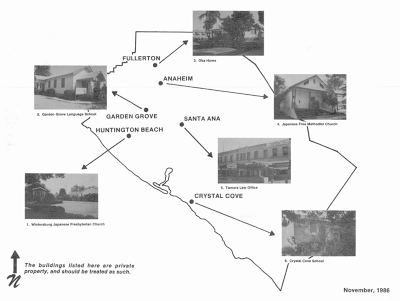 The majority of Japanese American historic buildings listed on the 1986 survey have since been lost to demolition and redevelopment.

See the brochure at http://www.huntingtonbeachca.gov/files/users/library/complete/080221-5.pdf 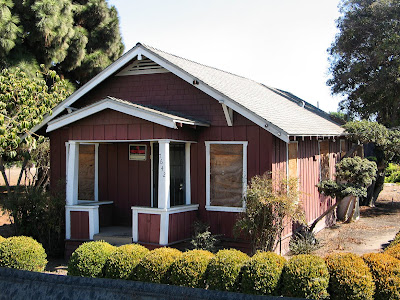 Furuta family home, circa 2007, facing what once was Wintersburg Avenue, now Warner Avenue.  The windows are boarded up, although there is still a hint of the meticulously maintained gardens.

All rights reserved.  No part of the Historic Wintersburg blog may be reproduced or duplicated without prior written permission from the author and publisher, M. Adams Urashima.
Posted by Surf City Writer at 11:48 AM