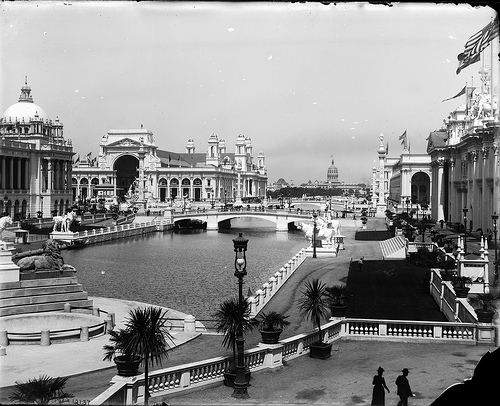 ABOVE: Chicago's lakefront hosts the 1893 Columbian Exposition and a man from Orange County named Winters makes his mark. (Photo, Library of Congress)

The final report of the California World's Fair Commission remarks, "Orange County displayed her citrus and deciduous fruits in such a manner as to bring them prominently before the public.  Her exhibit of fruit in glass was among the largest of any of the southern counties, while her output in the agricultural line disclosed a pleasing variety of marketable vegetables and luxuriant grains.  Her large beets, squash, celery, cucumbers, corn, oats, etc. attracted much attention, while the specimens of peat soil evoked marked comment." 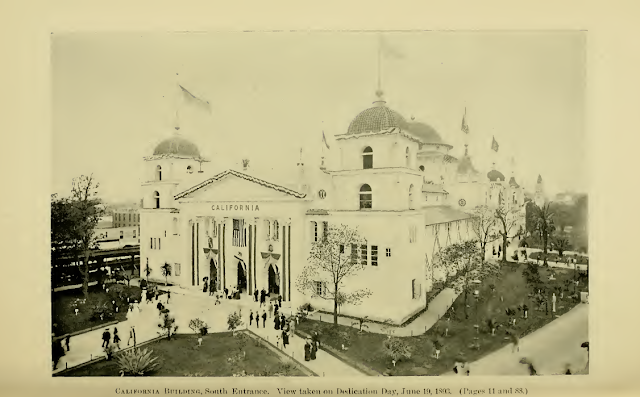 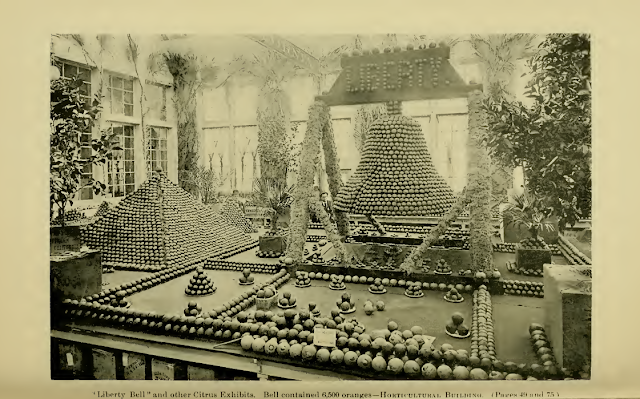 
A large part of the success of the Orange County exhibit has to do with Henry Winters, for whom Wintersburg Village was named.  In A History of Orange County (Samuel Armor, 1921), Winters is described as, "a conspicuous example of a successful agriculturist, and notably associated with the advancement of the county..."

"In the early years of the county's history, Mr. Winters purchased twenty acres of land in Ocean View, where his home is situated in what is now the great celery district..." continues Armor, "His land yielded 137 bushels of shelled corn and 100 sacks of marketable potatoes to the acre the first year...samples of this remarkable showing were placed on exhibition at the World's Columbian Exposition, in 1893, and created a sensation.  Probably this exhibit, more than any other display from California, had a tendency to place the resources of Orange County in the proper light before the world in general."

Because Winters' name was with the exhibit, he received "a large correspondence from incredulous and inquiring observers, which he personally answered."  Winters went on to display the agricultural wealth of Wintersburg Village at the Los Angeles Chamber of Commerce and at county fairs.

Winters' successful agricultural ventures and his ambassadorship for Orange County led to his being named the president of the California Celery Company, according to Armor, during which he placed Orange County celery in eastern U.S. markets.  Winters also donated land for the rail line that went through Wintersburg and land for other township purposes, such as the armory.  Grateful residents circulated a petition to name the town in his honor, creating the little community of Wintersburg Village. 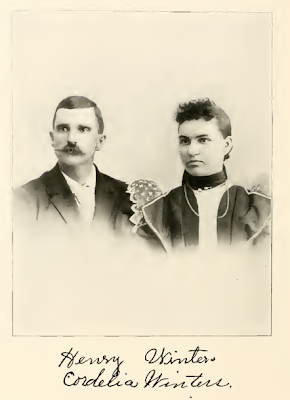 Winters built a "beautiful and commodious bungalow in the suburbs of Wintersburg, where he and his family reside and keep up the old time hospitality for which California of olden days was renowned," writes Armor, lauding Winters for keeping a family orchard and vegetable garden "in which he grows fifty varieties of fruits." 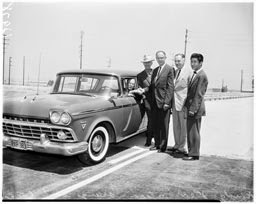 Samuel Armor's final comment about Winters was that "the wealth and success he has wrested from crude but promising materials commend itself to the consideration of the younger generation who may be imbued with ambition and possess the adequate energy and continuity of purpose to surmount the obstacles that lie in the pathway of success."

UPDATE: In 2018, archaeologists turned up remnants of the World’s Columbian Exposition of 1893, the fabled White City that drew millions of visitors to Chicago’s Jackson Park, as they investigated the planned site of the Obama Presidential Center and nearby parkland as part of the federal review of plans. Read http://www.chicagotribune.com/news/columnists/kamin/ct-met-obama-center-artifacts-kamin-0325-story.html

© All rights reserved.  No part of the Historic Wintersburg blog may be reproduced or duplicated without prior written permission from the author and publisher, M. Adams Urashima.
Posted by Surf City Writer at 4:21 PM